Listen to SOZESAYA’s ep 恐怖電子人間 (Horror Electronic Human), a short and creepy experiment from two of the most interesting idols, perfect for Halloween.
SOZELICA (from Melon Batake A Go Go) and 沖縄電子少女彩 (Okinawa Electric Girl Saya) are among the most experimental and interesting idol in the whole scene. If you put them together, the result would surely be incredible… and it actually happened. SOZESAYA is a collaboration between these two artists and おやすみ電子人間 (Horror Electronic Human) is their first release.

As you have probably guessed from its title, this EP is the perfect soundtrack for Spooktober: the horror atmosphere the five tracks are drenched in is perfect for the upcoming Halloween and — although it lasts less than fifteen minutes — it will make you shiver quite a bit.

The EP starts with the titletrack and its creepy synth melody, soon joined by an electronic beat and some spoken words; I’d like to recommend you to keep in mind that melody, but to be honest it will actually be harder to forget it, as it will keep haunting your nightmares for a while, especially since the voices also make use of the same melody. The song gets more intense and also more frightening with the addition of a distorted bass synth and some choirs towards the end.

Next is “恐怖電子人間のテーマ” (Horror Electronic Human’s Theme), which is entirely made of glitched and cut up voices with some reverb and other effects; if this isn’t creepy, I don’t know what it is. It lasts less than a minute, unfortunately… or maybe luckily, I’m not sure.

With “恐怖電子人間再び” (Horror Electronic Human), SOZESAYA brings back the same melodies and vocals of the first song, but with a more powerful beat and industrial-like sounds. There are also some jazzy piano notes in the background here and there, which don’t really make the album less scary. Somehow, this rework of the titletrack sounds even more eerie of the original, even if it generally has a harder sound.

And then… all hell breaks loose. Starting off with some ear-piercing screams, “恐怖電子人間の叫び” (Horror Electronic Human’s Cry) is an experimental noise track capable of melting your brain. You can feel some sort of beat going on in the background, but other than that, it’s basically chaos made music. These three and half minutes feature ghost-like breathing, processed vocals, high-pitched synthetic sounds… literally anything helpful in the process of making us both deaf and terrified.

Surprisingly, the last track is both soothing and spooky; aptly titled “おやすみ電子人間” (Goodnight Electronic Human), it has a more ambient and dreamlike atmosphere, with the voices quietly wishing you sweet nightmares dreams on an unearthly, ethereal synth melody. A very interesting ending for this EP which traversed so many genres in such a short time.

Overall, おやすみ電子人間 sounds like a great experiment by two artists who enjoy going beyond any boundaries; both SOZELICA and Saya seem to enjoy scaring us poor victims of their music… not that we’re complaining.

始発待ちアンダーグラウンド (Shihatsu-machi Underground) are back with a single titled ハレルヤ (Hallelujah), a mind-blowing and psychedelic rock song with an even weirder MV.

Somehow I was almost missing this MV, and when I miss something it’s usual something big; especially in this case, since we’re dealing with 始発待ちアンダーグラウンド (Shihatsu-machi Underground). Needless to say, “ハレルヤ” (Hallelujah) is one of the best songs I’ve heard in the last few weeks. Are you ready for a creepy-yet-fascinating time travel? If not, get ready anyway, as we are going back of a few decades.

The song seems to come straight from the 70s, shamelessly drawing from the psychedelic rock sound of those years. The rich and obsessive drum beat, the repetitive bassline, the kaleidoscopic guitars making use of the weirdest and most alien-sounding effects and some elegant piano notes in the background: everything is ready to travel back to the past, when this otherworldly kind of music gave us a lot of influential bands. Of course, the three girls of Shihatsu-machi Underground join this trippy mess with their vocals, shining especially during the chorus.

The video looks as old-ish as the music, all shot in black and white and featuring what seems to be Cthulhu’s younger brother carried in a bag by a cool-looking guy, which then proceeds to impress a beautiful girl by feeding it with a parfait; meanwhile, Shihatsu-machi Underground seems to be astonished by something high up in the sky… but I’ll let you guess what it is.

Anyway, this group keeps impressing me with their uniqueness, taking back a music style which today is obviously not as big as before, but still manages to entertain us with its mind-blowing sounds. Shihatsu-machi Underground know that this genre still has a lot of potential and are doing a great job with it. 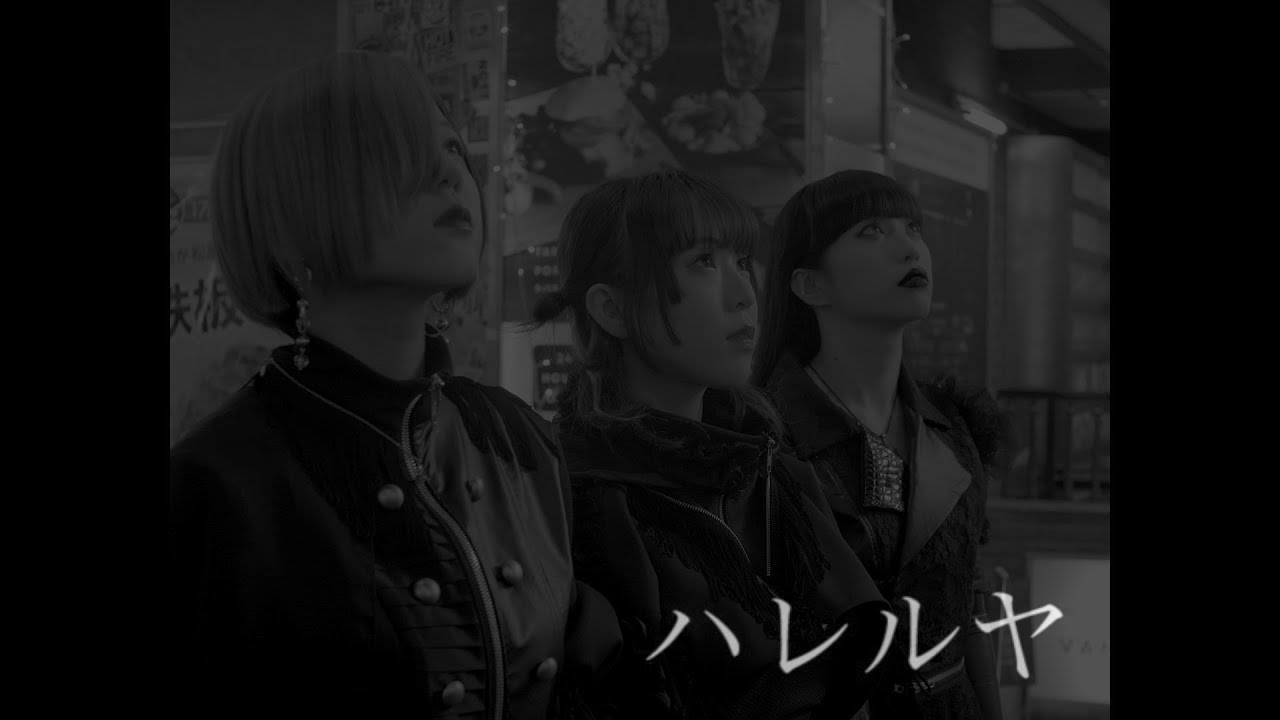 Listen to the new Migma Shelter album “Alice”, inspired by Alice In Wonderland and featuring a fable-inspired version of their psy-trance sound.

Concept albums are always fascinating, but there are certain ideas that sound even more awesome; take for example Migma Shelter releasing an album based on Alice in Wonderland: how great does it feel? Not as much as the actual work is, to be honest. Alice is indeed an ambitious and incredibly detailed masterpiece, so let’s spend some words about it.

As we already know from the songs they released in the past few months, this album is not simply made of their usual psy-trance sound; instead, they imbued it with whatever felt fine. This means that, while the songs are unmistakably Migma Shelter-like and linked by a fable theme, they also sound very different from each other, drawing from an ever changing palette of colors to paint new, unique soundscapes.

Alice starts off with the magical sounds of a hang drum followed by an effected violin and a 4/4 beat, a combo which sets the fantasy, psychedelic and danceable atmosphere; “In Wonderland” does a great job at introducing the album showing its main element. The next track is one I’ve already spent some good words about and somehow follows the hints provided by the opener: “Rabiddo” brings in more symphonic elements and may different emotions, sounding both mysterious and lighthearted with a very shamanic aura. On the other hand, “Drops” changes everything with a very jazz-inspired piano-double bass combo and some electro-swing vibes in the lighter parts.

Things keep getting weirder with “Egg Head”, where a glitched chicken appears on top a powerful EDM beat accompanying playful and fable-like melodies; actually, animal cries like birds and horses can be found throughout the whole album, but this case is particularly interesting as it reminded me of Igorr. The next song is “Y”, whose colorful lyrics video has been melting my brain for a couple of months; the brass section is very strong here, introducing elements of balkan brass and even latin pop, despite the usual psy-trance setting.

Speaking of pop, the second half of “It Doesn’t Matter” seems to be inspired by recent years American electronic pop/r&b, while some strings add a symphonic touch; regarding the first part, however, it’s more similar to a fantasy ballad, featuring dreamlike and soothing acoustic guitars supported by slower drums.

From here on, Alice seems to be a bit less weird, although there will still be some unexpected twists. “Unbirthday” brings the classic Migma Shelter psy-trance style with an Egyptian-sounding melody which appears here and there. “Road” and “QUEEN” have a common element appearing for the first time at the end of the album, namely the electric guitar: on the first track it comes towards the conclusion with a tremolo picking part which later turns into a very simple and melodic solo, while on the latter it joins the song after the sudden tempo change with a more standard rock riff and then helps making the following slowdown heavier.

The last track, “My Wonderland”, is a nine minute long mastodon which starts off with a magical atmosphere, just to turn into a more typical EDM sound with various sub-styles fused together, at least until a joyful violin takes the lead with an European folk sounding melody. The song ends with a quite dark passage, closing the album on a mysterious note.

Alice is a both typical and atypical Migma Shelter release: while there are elements belonging to their trademark sound, there is a lot of different stuff going on in each track. Definitely one of my favorite idol albums of this year.